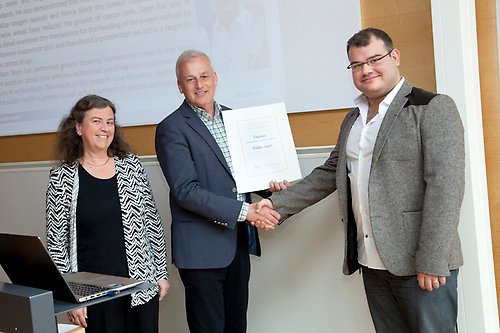 Assar Gabrielssons Award 2015 goes to Volkan Sayin for his ground-breaking discoveries about the risks of over-consumption of anti-oxidants. 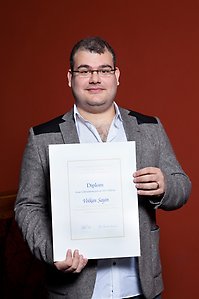 In recent years there has been a lot of positive discussion about anti-oxidants, substances that shield our bodies against harm from free radicals. These anti-oxidants are produced automatically in our bodies, but they can also be added via our food intake of fruit and berries and various types of nutrition supplements and medicines. In the marketing of dietary supplements it is often claimed that they can counteract cancer, but clinical trials have also shown an increased cancer risk after high intake. Despite this, the use of anti-oxidants continues to be widespread, not least among cancer patients.

“Through his research, Volkan Sayin has for the first time brought clarity to these clinical studies. His discoveries have attracted considerable national and international attention. The discoveries will be important for public health in general and for the treatment of cancer patients in particular,” says Professor Eva Forssell-Aronsson, Executive Member of the Assar Gabrielsson Foundation which every year presents the Assar Gabrielsson Award.

What Volkan Sayin demonstrated in his thesis is that mice that receive anti-oxidants develop more and larger lung tumours compared with mice that do not receive anti-oxidants. He also showed that this takes place because the anti-oxidants neutralise oxygen radicals and thus block what is known as tumour suppressor p53. If p53 were not blocked, it would be able to suppress the growth of the cancer cells. Volkan Sayin has also carried out an in-depth study of the mechanisms that determine how tumour suppressor p53 handles oxygen radicals, and he found a protein that can serve as a target for new anti-cancer medicines. In addition, he has shown that the same mechanism is also significant for atherosclerosis, another major public health issue.

“A lot of exciting research remains to be done, and in the longer term I would like to start up my own research group to study cancer, with expertise that we currently do not have at the University of Gothenburg. The honour of receiving the Assar Gabrielsson Award gives me added motivation and the necessary pre-requisites for continuing to fight uncompromisingly to take yet another step closer to solving the mystery of cancer,” says Volkan Sayin.

The presentation will be done in English.